John Mayhew, the present owner of Rules, inherited the Lartington Estate from his great Uncle Norman Field, the nephew of Marshall Field a world legend as the Merchant Prince. 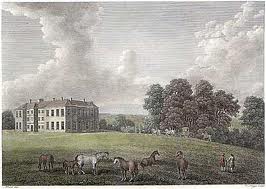 At the age of twenty-one, after some years as a clerk in a dry goods store, Marshall went to Chicago with one dollar in his pocket and proceeded to build one of the world’s greatest department stores. He also partnered Pullman in his railcar business, became vice-president of both General Electric and the Edison Company, president of United States Steel, founder of the Chicago Sun newspaper and his own bank which became one of the four biggest in the world. Gordon Selfridge, who went on to found Selfridges in Oxford Street, started as one of Marshall’s clerks. The Field family bought three large estates in Yorkshire which included The Lartington Estate.

Norman married Olive in predictably romantic circumstances when they met as guests on Lord Vestey’s yacht on a cruise to Norway in 1909. Olive Field’s father, Llewellyn was an officer in the Eleventh Hussars and in 1863 fell in love with one of the most beautiful women of the vice regal court, Lady Rachel Scott, daughter of the Earl of Clonmell.

The Earl would have none of it and so Llewellyn found himself on the way to America with a regiment raised to assist the Confederate forces in the American Civil War. By the time the two sides prepared to meet on the field of Gettysburg, Llewellyn had risen to be aide-de-camp to General Robert E Lee, the Confederate commander. Llewellyn’s exploits reached the Earl of Clonmell and were enough for him to agree to the marriage. Portraits can be viewed in the restaurant around tables 15/16.

So, as well as a restaurant in the heart of London, Rules also owns The Lartington Estate, Teesdale in the High Pennines and working with our local game dealers it means that we know how to get the best quality game to satisfy our customers.

Rules is the only restaurant in the U.K. to have Paul Coppen’s Belted Galloway beef on the menu.