Venison has been eaten in Britain since Roman times. Red Deer is the Scottish deer, the English Roe Deer, found in woodlands,  is paler fleshed and less gamey in flavour. Venison from the Roe Deer has the best flavour and consistency, being superior in every way to other species.

Young venison, less than two years of age, has an extremely low fat content of under 7%, most of which is polyunsaturated fat, against beef at 20% and lamb at 25%. The protein content is high at 33%. From a health and nutritional point of view, it is therefore very good, being low in both fat and cholesterol. 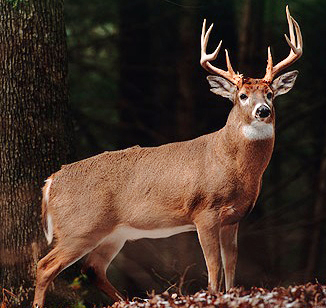